This post contains affiliate links which means if you click and buy I may make a commission at no cost to you. See my policy for more information.

This post is based on personal experience and not to be taken as medical advice. Consult with your doctor when making medical decisions.

Being pregnant is tough for a lot of women.

I was prepared for (or at had expectations of) morning sickness, headaches, and uncomfortable swelling.

I was prepared to read the right books about my baby, to organize a registry, and to have everything together to be able to pump at work when I went back.

But I wasn’t prepared for PUPPS.

In fact, prior to getting pregnant I had never even heard of PUPPS.

So when this crazy itchy rash started to overtake my body, I had no idea what was going on.

I started Googling like crazy. Searching for an explanation and a cure.

I literally felt like I was going to slowly go crazy because of how badly my skin itched.

But unfortunately… there is no cure.

So if you have PUPPS, let me just say to you that I am so, so, so sorry. I know how much it sucks (and yes, I do know saying it just “sucks” is an understatement).

Despite having no cure, I was able to find some relief by applying coconut oil. And the trick I used even seemed to lighten the rash.

If this is your first time hearing of PUPPS, or Pruritic Urticarial Papules and Plaques, you’re not alone.

I had never heard of it until I began frantically searching the internet for why this strange rash was gradually overtaking my body at 26 weeks pregnant.

PUPPs is a rash that some women get that generally starts in and around stretch marks. Typically on her stomach and then spreads to your arms and legs.

It is most common for first time moms with boys (like me!), or moms of multiples.

According to the American Pregnancy Association, approximately 1 in every 150 women will have PUPPs.

Normally, the PUPP rash doesn’t show up until you’re in your third trimester, but lucky me! Mine started early.

Since there are no tests for for Pruritic Urticarial Papules and Plaques, your doctor will hopefully want to examine you and rule out other potential concerns.

Or they may even disregard you at first.

If you think you might have PUPPs I strongly recommend discussing it with your OB or medical provider.

My provider assumed that it was just a heat rash (I was SUPER pregnant in the middle of a very hot Maryland summer), or that I had come into contact with some kind of allergen. But when it didn’t go away and seemed to get worse, they finally listened to me.

Signup and have the checklist sent straight to your inbox

So, at first I was tested for Obstetric Cholestasis, a liver disorder impacting pregnant women that comes with itchy feet and palms. It also would have meant I was having a high risk pregnancy and me and my baby would have needed much closer monitoring.

Thankfully, the results were negative.

Once Cholestasis was ruled out, my OB finally acknowledged that I did, perhaps have PUPPs.

However, since it causes no harm (and I use the word “harm” loosely – as slowly going crazy seemed likely at the time) to the mother or child, OBs generally don’t take action.

Eventually, however, the itching was so bad I would wake up in the middle of the night bleeding because I had scratched myself in the night.

Eventually, my OB provided me with some methylprednisolone and suggested cortisol cream in moderation. None of it helped. And to be honest, I hated taking it while pregnant. And since it did nothing to help me (even though my baby ended up being fine despite taking it), I wouldn’t do it again.

I spent plenty of time frantically perusing the internet for something, ANYTHING to help alleviate the total madness PUPPs inspired in me.

I also threw away money on products people all over the internet recommended.

And there were a lot of things that offered short-term relief such as a cool shower, Oatmeal baths, a strange Pine Tar soap, and cold packs.

But none of them offered long-term relief.

Then I tried Coconut Oil and, after several applications I could sleep without tearing up my skin again!

I applied it at least twice a day: in the morning and right before bed. But after a couple of days of applying it religiously, I finally started to feel some relief!

It didn’t totally remove the itchiness, but it greatly decreased it. And it even seemed to lighten the rash.

Coconut oil has long been touted as potentially useful for relieving some of the itchiness people with eczema deal with. And that’s largely because it contains properties that are both antimicrobial and anti-inflammatory. Huzzah!

Not only that, it can help moisturize your skin. And anyone whose ever had dry skin knows that dry skin=itchy skin.

For me, it was a total life saver.

You may want to check out: 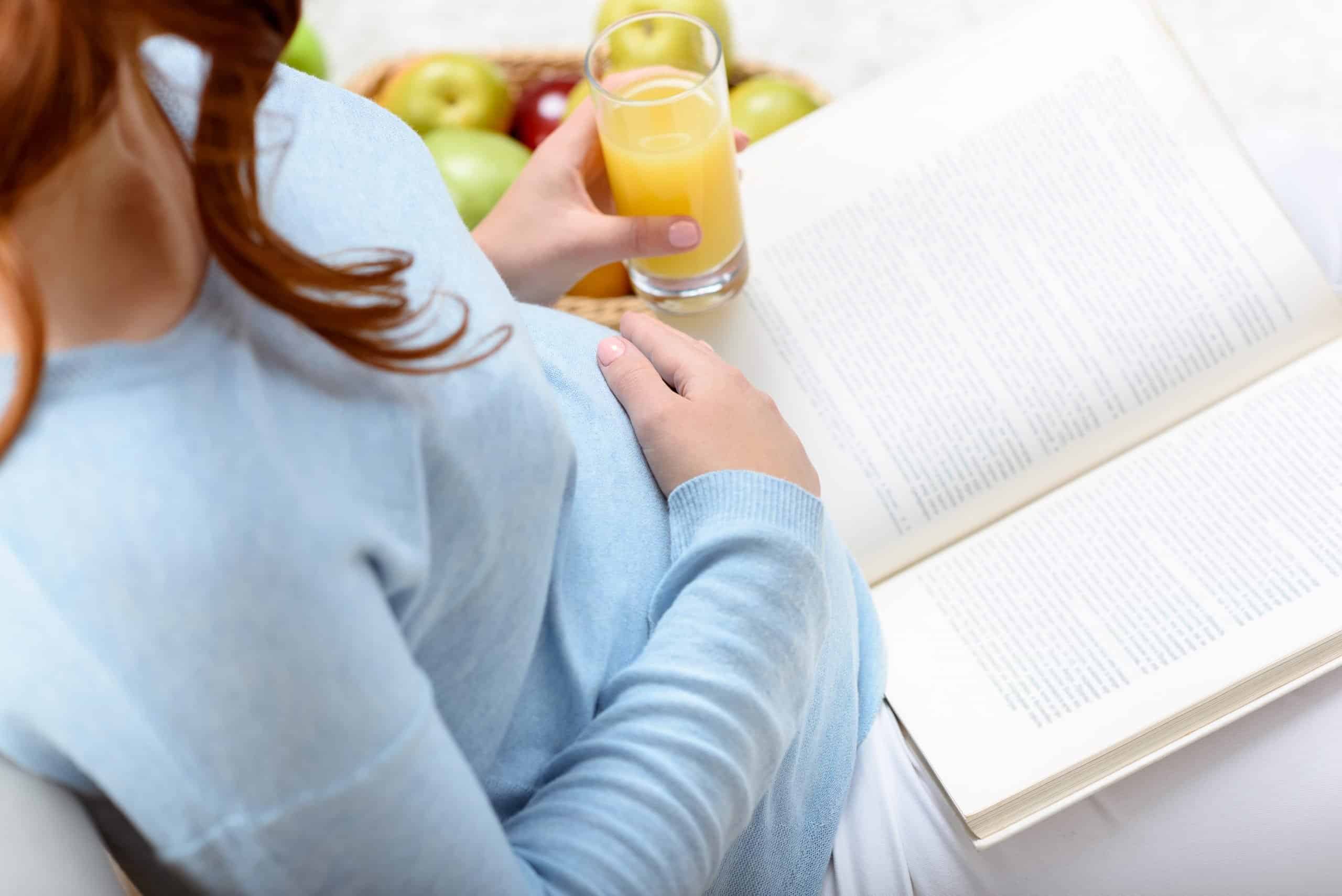 Where to spend your energy Gosh. My friends have been such a blessing to me in this parenting journey (and before – obviously). Their help and words of wisdom have been incredibly motivating and inspiring no matter how I was personally feeling. One of the most useful nuggets a friend shared with me when I…

If you’re anything like me, you find the countless items online regarding the “things you absolutely must do before baby arrives” to be overwhelming and exaggerated. There were so many items on those lists that I couldn’t help but question – does this really need to be done before my baby arrives? So, I found… 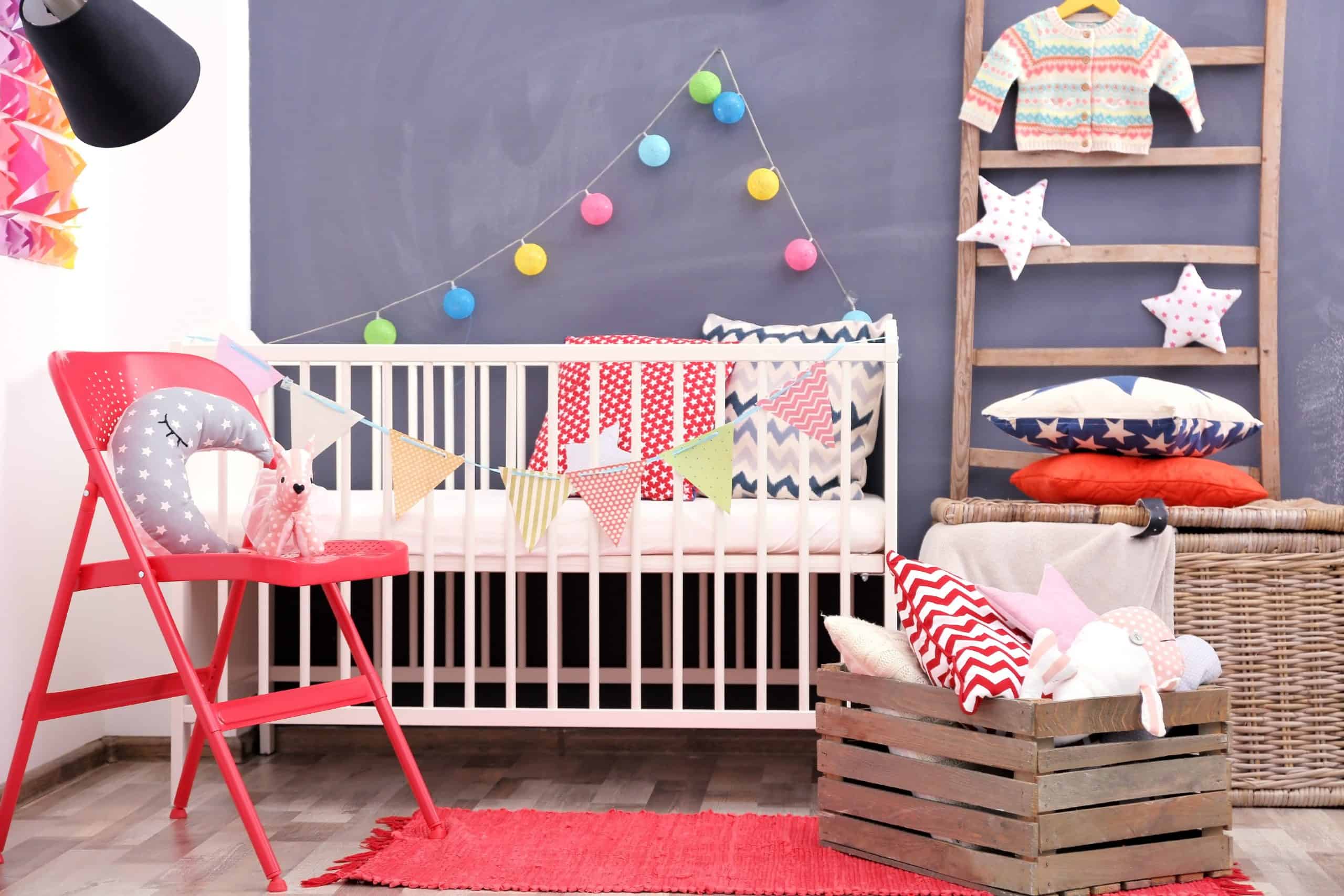 When I was pregnant with my son, I would peruse tips online, trying to make a perfect baby registry, while feeling anxious and overwhelmed. I did my best to prepare to bring our son home: I made lists of which things I needed to bring home from the hospital, attempted to prepare our dogs to… 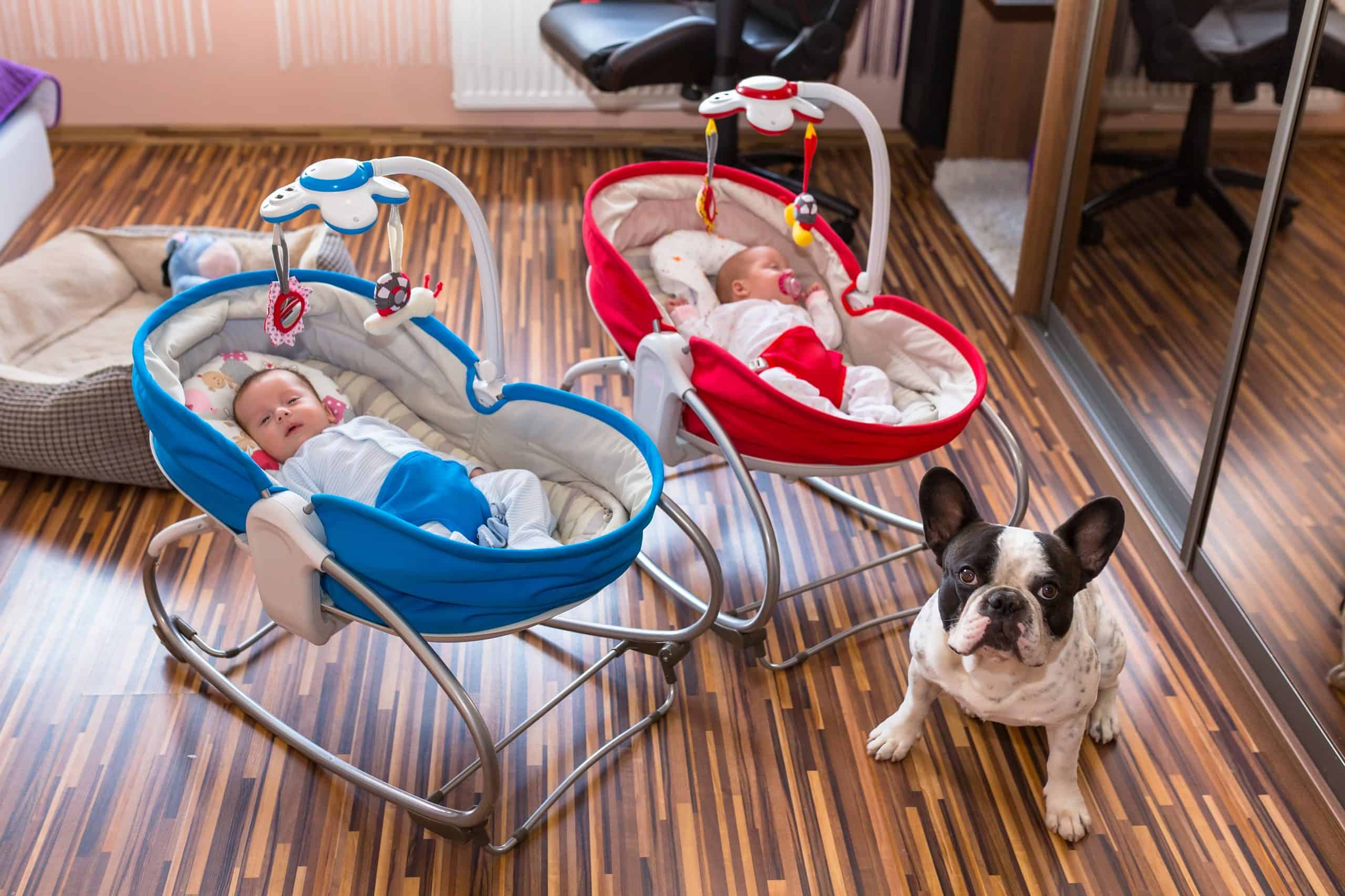 These babies were about to meet our newest baby and we weren’t entirely sure how they would take it. Willoughby had been my only baby for 7 years. That is, until we adopted Rocket a year and a half ago. And Rocket had been a rescue whom had flourished in a loving home, but clearly had some baggage from his past and remained skittish at times. Even though they’re both our sweet pups, there was a level of concern—of not knowing what to expect. Our attempts to prepare them included the following:

People always want to throw their tips and unsolicited comments, thoughts, and suggestions at new parents. One of the most common ones? Reminding prospective parents that babies are expensive. And they aren’t wrong. But just because they aren’t wrong doesn’t mean you can’t come up with creative solutions for bringing your baby into this world… 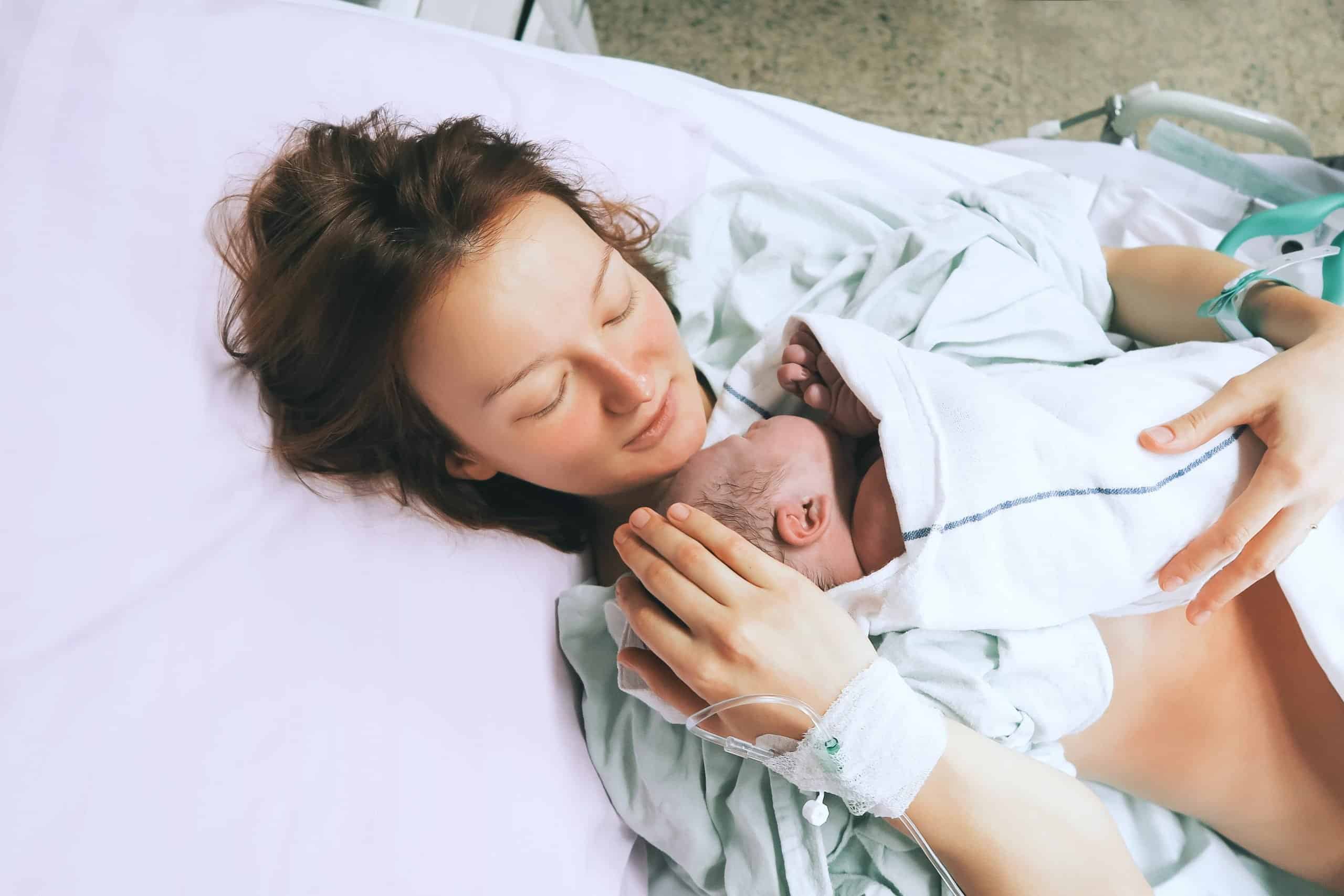 A new baby is incredibly exciting, but it seems like the baby is always the one we’re thinking of. We don’t do nearly enough to prepare for ourselves. As a new mom, one of the things I wish I had thought more about before I went to the hospital was what I needed to make…